​We are hiring for Deputy Sheriff 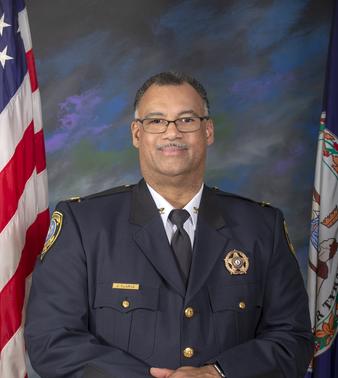 James R. Clarke, Jr. has been in law enforcement for 24 years. He was employed with the Smithfield Police Department in April 1998. There he served in a variety of capacities notably the Commander of Patrol and Emergency Response Team.

In January 2012, he accepted employment with Isle of Wight County Sheriff’s Office. He most recently served as the Chief Deputy overseeing all operations and direct supervision of division commanders.  He was appointed Sheriff as a result of the retirement of Mark A. Marshall on March 1, 2018.  He was subsequently elected Sheriff on July 24, 2018 in a special election held to fill the remaining term ending on December 31, 2019.  He was reelected to serve an additional four year term beginning January 1, 2020.

His education includes an Associate Degree in Police Science from Paul D. Camp Community College and is currently enrolled at Saint Leo University seeking a Bachelor of Arts in Criminal Justice. He is a graduate of the FBI National Academy (256th Session), Professional Executive Leadership School (41 st Session), Institute for Leadership in Changing Times from Virginia Polytechnic Institute and State University.

He retired from the United States Marine Corps Reserve after 24 years of service. He obtained the rank of First Sergeant. In 2003, he was deployed in support of Operation Iraqi Freedom. Throughout his career he received numerous medals and awards notably the Navy Commendation Medal.

He is active in his church where he serves as Associate Minister, Treasurer and Youth Advisor. He’s heavily involved in his community. He dedicates time in support of the Isle of Wight Parks and Recreation basketball program where he coaches and officiate games. He participates in the Special Olympics Torch Run, Relay for Life and Christian Outreach Hog Jog. He partners with the YMCA in their Bright Beginnings program in support of at risk children.

He and his wife Jacqueline are lifelong residents of Isle of Wight County. They have been married for over 30 years. Their family includes three children and eight grandchildren.