The Patrol Division is the largest, most visible, and most diverse division within the Sheriff’s Office.  The county is divided up into four patrol zones.  Patrol works a 24/7/365 schedule to provide primary law enforcement coverage to the unincorporated areas of the county as well as within the towns as needed or requested by the town police departments.

A patrol deputy will be the primary responder to most calls for service.  They also enforce criminal and traffic laws, serve arrest warrants, serve civil process as needed, and conduct preliminary and follow-up investigations.  They provide a constant deterrent to crime by patrolling the roads, neighborhoods, and businesses of Isle of Wight County. Patrol Division deputies strive to always present a positive and professional image of the Sheriff’s Office while promoting trust and cooperation with every citizen. 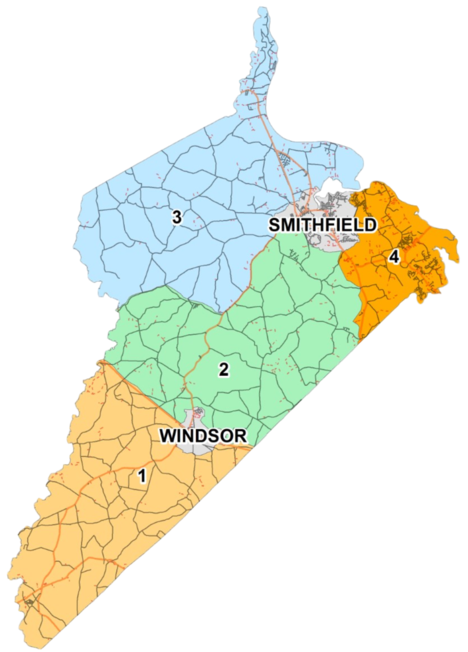 All county areas South of 460.

The entire Northwest section of the county. It includes all land North of Central Hill and West of Route 258 to both the Southampton and Surry County lines.

​We are hiring for Deputy Sheriff